This fighting-game homage infuses mechanics like blocks, parries, and special moves into classic arcade-style gameplay that is easy to learn but hard to master, only requiring the use of 4 directional inputs and a single attack button.

Meet a diverse cast of monstrous warrior-women each with unique gameplay mechanics, special moves to master, and her own story to tell!

Fight your way across a slew of different battlefields with special obstacles, hazards, and features that give an edge to fighters than can think on their toes and strategize around them.

Play by yourself or with a friend!
Go head-to-head with local VS mode, or take on computer controlled opponents by yourself.

Takkyu Tournament Re:Serve is currently in early access, so characters and content are subject to change as we work to expand and improve the game with your input.

Please be aware that the game is currently early in development. The game is priced according to what we feel is reasonable for the amount of content currently in the game and will be increased as we expand and improve it.

Current State of the Game: (As of version 0.3.0)
The game contains 8 playable characters and 5 playable stages.
The only playable gameplay mode is VS, which allows you to play 2-player 1v1 matches. This can be played with two human players in local co-op, or as a single player against a CPU opponent. (The AI is *also* still in early development so it is currently being improved and balanced)

Planned Updates:
We wish to add a large amount of single player content, including an arcade mode and extensive story mode. In preparation of adding arcade mode, we will focus on adding more stages, 1-2 new characters and making improvements to the AI for the next update, which is currently planned for late January/early February.

In order to download this game you must purchase it at or above the minimum price of $5 USD. Your purchase comes with a Steam key. You will get access to the following files: 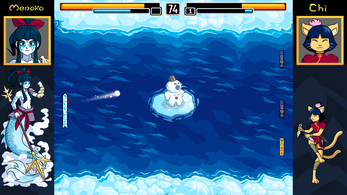 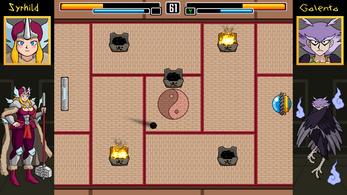 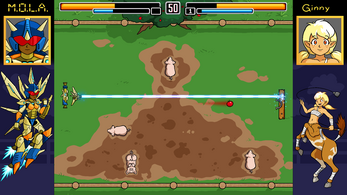