This update took a little longer to come out than we'd originally planned, but some of the new mechanics took some work to implement. 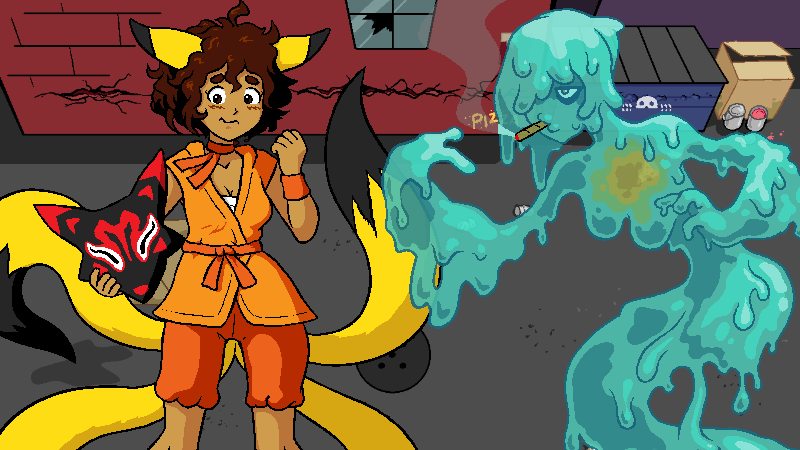 Suji: A clumsy runaway kumiho laying low at Kazan Dojo after becoming its newest student. She carries a mask around to hide her timid face.
Suji is a bit slower and clumsier than Kotatsu, her fellow student, but makes up for it with powerful illusion magic.

Jill: A trashy guttersnipe of a slime that has trouble getting it together in more ways than one. Her body carries the stains of a lifetime of bad decisions, including joining Cali's fight club.

Jill is the main reason this update got delayed! Being a slime, her pad also stretches and sloshes around as she moves. A few different methods were tried before we settled on this one. 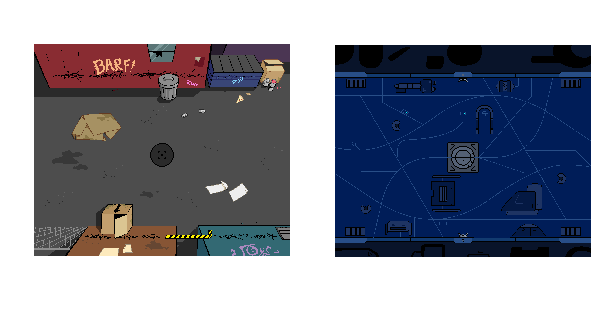 East Birthday Street
A crimey, grime-riddled alley where Jill hangs around making the worst use of her time while seedy and illicit activities go unnoticed. Various obstacles will appear, break them open and grab what's inside before it gets stolen!

Arcus Munitions Deck
This weapons laboratory aboard the Arcus doubles as a target range where M.O.L.A. and her fellow agents train for missions. Hit the holographic targets to fill your special attack meter! Activate the cannon for an extra ball!

Note that the update is still a bit rough around the edges and the AI does not properly use or interact with the new characters yet. A big AI rework is coming soon in preparation for the addition of arcade mode so that will be part of that.